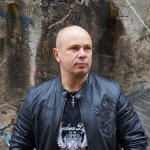 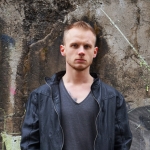 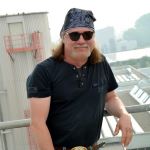 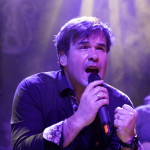 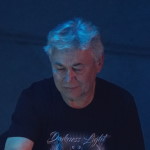 The story behind Darkness Light reflects two different influences converging to melt together in a specific style and sound.

Founded early in 2011 by Cristian Bettendorf, Darkness Light has found a specific melodic hard rock sound and style after Dixie Krauser joined the project by the end of 2011 and together Cristian and Dixie started writing and recording music in the studio.

Cristian who contributes with the hard & heavy aggressive influences has found his musical kindred spirit with Dixie who brings more than four decades of musical experience and the bluesy and fusion influences to form the band musical style.

Dixie has studied music and played more than 2000 live shows, from small venue to big arenas, with the bands Pro Musica, Stepan Project (both Romania), Cold Sweat (where he played with the ex-drummers from Trio and Jack Bruce), K.P.K.L.M. Blues Band, Flying Wood and many more.

He was very successful with his 'Bass & Fusion' project which was something different than hard rock. Both have a classical musical background and have shared in the past the same stage with big names from the music business.

At end of 2011 they deliberately decided to drive the work for their debut album as duo and play all instruments in the studio without involving additional session musicians.

The fusion of their performances, Dixie’s arrangements with classical and also some Balkan music (traditional music of southeastern Europe) touch, melted up in the specific Darkness Light style and sound.

Luckily the duo show a variation of influences, from Cristian's New Wave of British Heavy Metal background to Dixie's Hendrix, Doors and Cream influences converged together into fresh and very diverse compositions which have all a common denominator.

The debut multi-faceted 'Living With The Danger' album offers everything from hard-edge guitar walls to epic melodic hard rock, from stadium rock to ballads. The sound and complex orchestrations with countless guitar melodies and keyboard textures are used as glue between all ten tracks.

The album was produced (except one song produced by Dixie) by Cristian, and was recorded, edited and mixed at Open Eyes Dreams Studio in Germany where both Cristian and Dixie mixed together all songs.

Excepting 'Song for You' and 'Alone' (where they used translated lyrics from George Bacovia, a much known Romanian poet) they wrote together the lyrics based on life experience and opinions regarding the current world situation.

The studio work started at end of 2011 but due Dixie's severe illness, there was a delay around two years. After Dixie finally recovered at end of 2014, the band resumed the work in studio and was able to release the 'Living With The Danger' album in July 2015.

In May 2017 the band released the single 'Live Is Live' featuring the rock singer Kess. The single is a hard rock cover of the chart breaker with the same name originally released by the Austrian Band Opus. The official video directed by Axel Weiss and produced by WISE Films features the IBO and  WBC silver professional boxing champion Tina Rupprecht .

The single is at the same time the title song of the charity project for the support of children and young people with disabilities initiated by Darkness Light together with Kess and Tina Rupprecht. The project was presented by German print media and Augsburg’s A-TV local TV station.

In November 2019 Darkness Light released their first live album "Live At The MatriX" and the official music video “Adrenaline”, directed by Cristian Bettendorf. The live album was recorded fully audio and video during the show played at MatriX – Königsbrunn/Germany in March 2019. The complete video recording of the show, captured in full HD resolution, was published in March 2020.

The official live video "Live At The MatriX" directed by Cristian Bettendorf was published in March.

The studio album "Darkness" was released on 15th June.

The charity project "Live is Life" for the support of children and young people with disabilities initiated by Darkness Light together with Kess and Tina Rupprecht.

The studio album "Living With The Danger" was released on 25th July.

The 2013 started with the sad news regarding Dixie severe illness which finally lead to put the full project on hold for two (2) years!

The 2012 was dedicated to the studio work but other individual contractual obligations from both Cristian and Dixie (who played several shows, sharing the stage with well-known musicians like Jack Bruce, Mats Eilertsen, to name only few…, search the news part from the Darkness Light blog for historical information’s) delayed heavily the release of the debut album. Cristian focused additionally to produce local rock bands and all together contributed to a delayed album release.

Darkness Light was founded by Cristian Bettendorf. After the “distillation” of the initial ideas and basic setup, he started auditioning for band mates focusing on local musicians from Bayern / Germany.

At end of 2011 they jointly decided to stop auditioning for new band mates and focus on studio work for the debut album.

Search on this site!